DRESS UP JK / By Mashi

This isnt a game, NOW INCLUDING GUIDE

Create your own pixel girl!

I'll also probably leave it at this because. I'm making a new version of this project. But like when i made this version (this being the second version, made one year after the original 2016 version, that had only 12 sets) I'll probably retroactivelly add any new sets i make in the new version to this one too. But First i'll have to redo all these sets for that version. So don't expect it any time soon.

Originally a randomizer I made as an "appearance prompt-idea generator" when I didn't know how a character should look like. Tediouslly randomised by generating numbers and turning on the corresponding layer. This is much easier!

New options are being added, in a fashionably late fashion. Currently at 50 options for faces/hair/shoes/outfit.

People tend to link their social media at the end, so here if you wanna see more from some nobody on the internet<3

-Mini update! For some reason all the old outfits were off by one pixel, that is now fixed. Also added a new set, making the new total 44.

-Update! Added 4 new sets. Because 4 is my lucky number. More to gome at some point!

Not usable in Meiker Books 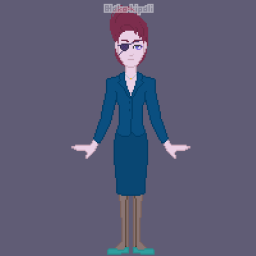 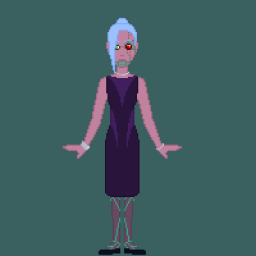 Oops! The creator of this game has disabled comments.