An old WIP of a dress up game where you can dress a little deadpan man in vintage clothing styles.

I may update it with new items in the forseeable future or keep it that way. Dunno.

Story behind the game:

Back in late 2019, when Meiker was opened to the public, I decided jump in the bandwagon and thought it'd be cool to make my VERY OWN Meiker game as a brand-new hobby! I wanted it to be based on Buster Keaton, a 1920s actor I admired back then, inspired by someone else's Buster Keaton paper doll they drew. I eventually got myself to work, but it was too error-ridden when it came to coding and the size (Beginner's luck!) so I just abandoned it for good.

Thankfully the years had been kind to me that I eventually learned how to code games properly, and so after a few years since its abandonment, I woke it up with a kiss and gave it the proper coding and sizing it deserved with a few trial-and-error sessions in between. The result? A lovely dress up game, the way I would've wanted back then in 2019.

-The icons for the hair and the hats are done in a different style in contrast to the rest. The reason behind this was because I wanted to capture the spirit of the era Buster flourished in. Maybe soon enough, I'd change these icons to the same style I drew the icons in.

-Most of the backgrounds were taken from Unsplash (a website with freeware pictures) while one of them (the London street background) was taken by me.

If you have anything to say to me, be it a suggestion, a request, a criticism or two, or whatnot (say hello to me if you want!), you may wanna drop in a comment down below, email me at [email protected], or check out my socials:

UPDATE LOG (all dates are in Manila Time; please keep an eye on this):

Anyway, I've gotten rid of the sketches for the Roman tunic (it's been added before), the Wednesday Addams dress (which is technically a redraw of a WIP I posted on Tumblr, but lost), and the cravat (which is a new item). Aside from that, you've got four new BGs and a wedding veil which is under the works.

I'll try my best to do Buster's trademark vest sometime in the future, so stay tuned for more awesome updates! ;-)

PS: Even the icon deserves a makeover!

PSS: Oops, forgot to mention that the Roman hairstyle has been fixed! Sorry 'bout that.

Instead, here's some really good news for y'all and youse.

The Buster Keaton Society was definitely kind enough to include this game as part of its weekly Fanart Fridays. I know this news may be a little late, 'cause it's a Sunday in my place around the time I'm writing this, but eh, it'll do. 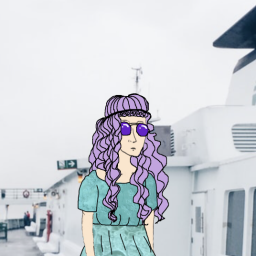 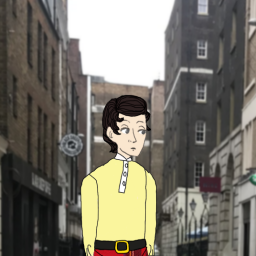